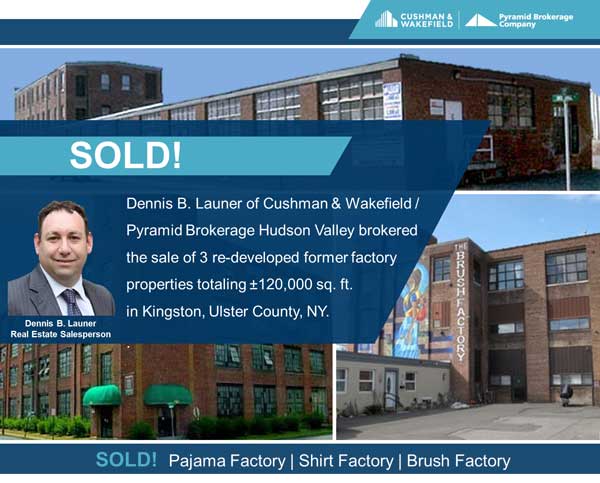 Dennis B. Launer, Real Estate Salesperson with Pyramid’s Hudson Valley office, brokered the sale of three re-purposed, former-factory Ulster County properties which together total approximately 120,000 sq. ft. and sold for $9.75 million. Representing the purchaser, Duna Real Estate Group, Launer introduced the buyer to the three Mid-town Kingston, NY properties known as the Brush and Pajama Factories at 107 & 49 Greenkill Avenue, respectively, and the Shirt Factory at 77 Cornell Street. The old industrial buildings, which date back as far as 1916, had been repurposed over the past ten plus years combining artist’s live-work spaces/studios as well as office and warehouse spaces for creative and commercial businesses uses.